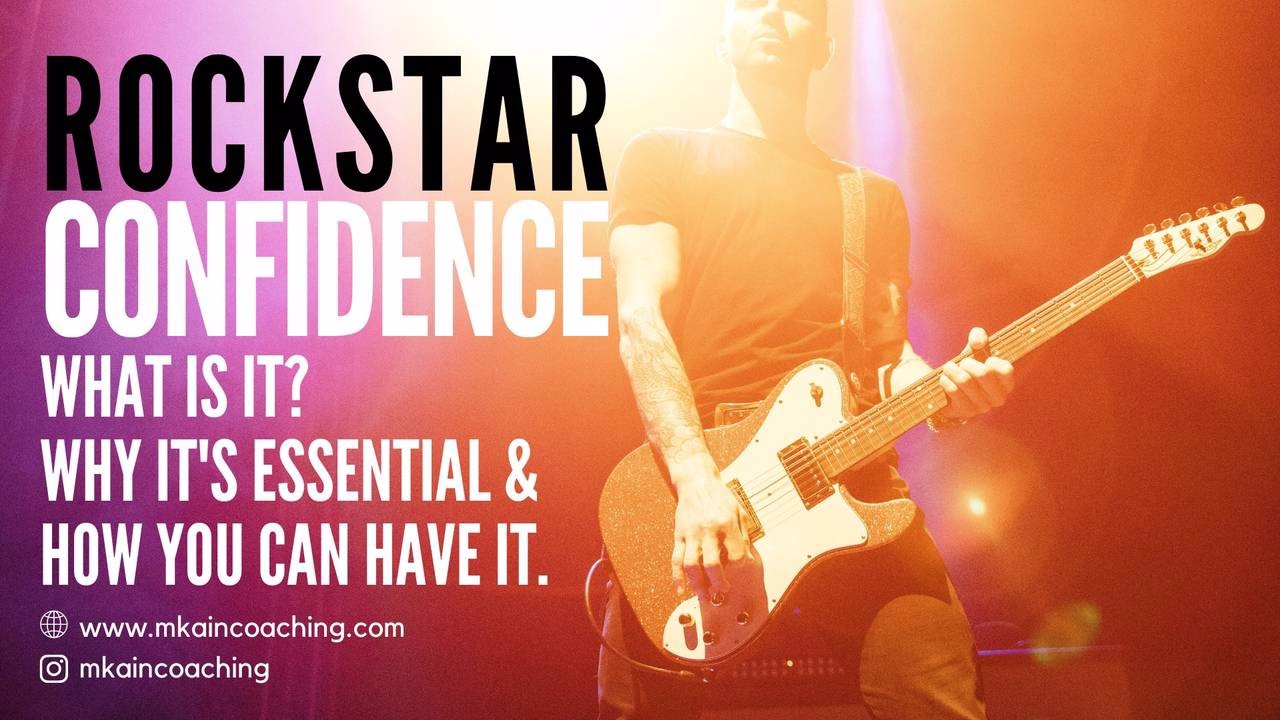 Rockstar Confidence - The foundation of all great diets. Don't believe me? Read on!

After over 15 years of Strength & Conditioning & Rock ‘N’ Roll, here’s a short story that will change how you think about confidence, especially when it comes to your diet!

In my early 20s when I played my first international shows, all I cared about was what the audience would think of me.

As a guitar player I made it worse for myself by thinking things like:

“What are other guitarists going to think of me?”

“Do I really deserve to be here?”

“There are so many other players who are better than me!”

“Oh no, the front row is taking photos on their phones! I bet I look terrible in their pictures!!!”

But as I lived through my 20s and played hundreds of shows, in front of tens of thousands of people, a bunch of things happened…

I went from living in shared houses, to 6 star hotels, to living in my truck outside a friend's house, to being paid to travel the world…

Sometimes my bank account had well over 6 figures and I was in charge of massive budgets, other times my bank card was being declined at supermarket checkouts….

One day I’d be walking through a venue and hearing people say “That’s Marcus!” and being asked to sign records, and a week later I’d be on a date with someone who didn’t even know (or care) what rock music was…

I realized that no matter what version of myself I presented to the world:

Realizing this, and seeing how inevitable it was lead to this realization:

If an actual number of people are going to dislike you on sight no matter what you do, we may as well just be our favorite version of ourselves and enjoy the ride! Because even if we change to appease the group who doesn’t like us, there will be another group who decide not to approve of the changes we’ve made and dislike us for a whole other set of reasons!

So I road tested that theory in a big way!

In 2016/17 I was hired by British Indy Rock band, The Wedding Present, to play the 30th Anniversary Tour of their debut album. Hundreds of shows, 4 continents, big venues, live radio shows, camera crews, a documentary, the whole 9 yards. So I came up with a plan for it...

Early 90s British Indy Rock is traditionally a fairly serious and angsty affair, and after a decade of pretty intense ups and downs I decided to finally and truly, be myself.

I picked the most fun, in your face guitar I owned - an orange sparkle fender telecaster - to be my weapon of choice, shaved myself a kind of mohawk, and walked out on stage every night channeling Led Zeppelin.

And a large number of people disliked me on sight, but I had began to lean so far in to the “F*ck it, this is me” attitude, that over the course of 2017 some of them wamed to the fact that I was out there playing the hell out of their favorite album, and having a blast doing it.

A bloke who called me a “C*NT!” from the crowd in Glasgow one night, came to see the band again in Adelaide (Australia) and said he loved the show, and asked for a selfie!

Lifelong fans of the band would come up to me after shows and tell me that in 30 years they’ve “never heard it played better.”

So, what’s Rockstar Confidence and how can you get it?

Rockstar confidence is about reaching a point where you decide…

“I’m going to be who I want to be. Some people are going to want to be a part of that, and they are more than welcome in my space! While another measurable percentage of the people who come across me are going to dislike me on sight. Why? I don’t know, but that’s their issue and I’m not going to let that detract from what I bring to the table for myself and the people who like what I do.”

Rockstar confidence isn’t about saying “F*ck you” to the world and giving everyone the finger. The whole rebel without a cause thing…that’s called overcompensating. I watched people do that in the music industry and self sabotage as a result of throwing their emotional baggage around.

Rockstar confidence is about the self assurance that comes with knowing from experience that we just can’t please everyone, and turning that into something liberating rather than something to drive ourselves mad with.

How is this essential when it comes to health, wellness, diet choices, training, and exercise?

In order to be truly effective, we can’t be making choices about our bodies based on what we think other people will approve of.

The degree of self assurance we cultivate shapes our choices, and in turn our results, in a thousand different ways.

Choices made and action taken from a place of self assurance and confidence will be a reflection of our goals and passions.

Choices made and action taken from a place of insecurity, overcompensation, fault finding, and perfectionism, will result in frustration, heartache, anger, bitterness, and regret.

This is why it’s important to channel your inner Rockstar - our health and fulfillment depends on it.

One of the easiest ways to chat with me is via Instagram. You can find my page here:

Break cycles of binge eating, create the body you're happy living in, and discover rockstar confidence!

I hate SPAM. I'll will never sell your information, for any reason. Ever.

Take control of your finances with this free 4-step guide.